You may consider a one-off donation; a pledge over three to five years or an intention to support in the future, for instance via a Bequest in your Will.

For further information please click on the Bequest brochure below. 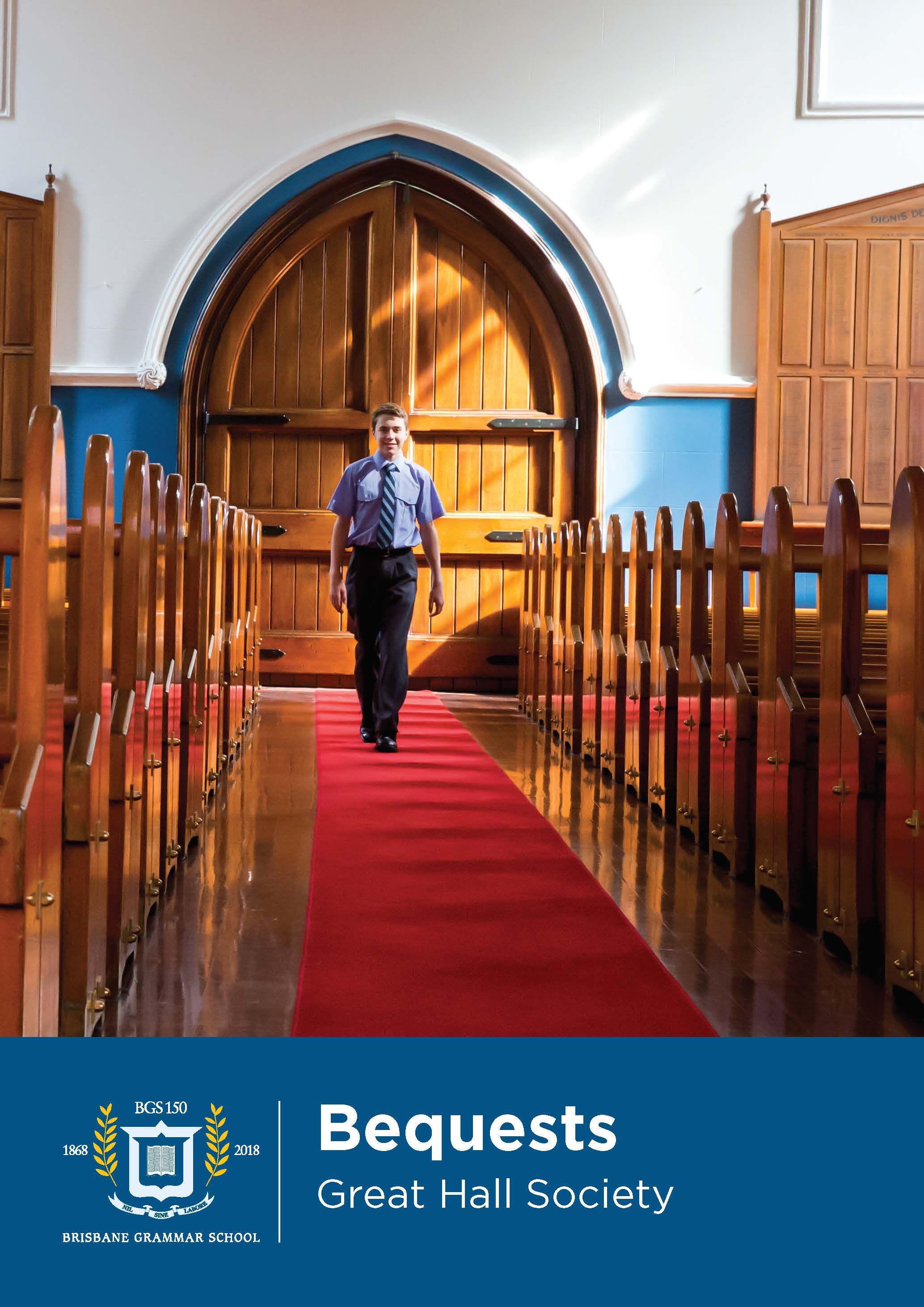 Old Boy David Little ‘60 has a strong family connection to Brisbane Grammar School that spans four generations and dates back to the early 1900s when his father and uncle attended the School.

The Little family attended a special Remembrance Day ceremony at the School to mark the Centenary of the Armistice; 100 years after 11 November 1918. The School’s iconic Golden Book, on display in the War Memorial Library, was opened to the pages focusing on David’s uncle and his WWI service. A war hero, Maurice was severely injured at Quinn’s Post in Gallipoli in May 1915.

Newspaper accounts from 1916, revealed Maurice was throwing Turkish bombs back at the enemy before they exploded. He had done so successfully six times, but on the seventh occasion the bomb exploded in his hand, and he lost both eyes and had to have his right hand and wrist amputated. He also suffered hearing loss, other facial injuries, and a leg wound that became inflamed with arthritis. A casualty list published in the press listed him as killed in action.

Despite physical incapacities, Maurice refused to be pitied and went on to master braille and write widely. In 1923, the Queensland Book Depot published Maurice’s book, Sonnets and Other Verses.

The preface was written by BGS Headmaster Bousfield and contained two poems referencing WWI and a verse on the BGS motto, Nil Sine Labore.

Upon his return to Australia in 1915, Maurice was guest speaker at rallies supporting the Federal Government’s conscription campaign, became the Founding President of the Sherwood RSSILA, and stood for State Parliament, to better the cause of returned servicemen. Maurice later travelled to London and studied economics at Oxford.

Maurice died in London in 1938 aged 45. Eighty years later David proudly showed off his uncle’s braille pocket watch with raised numerals, a gift to Maurice from the Queensland Government in recognition of his service in public life. David’s wife Marlene wore Maurice’s gold cufflinks and gold medallion in honour of her husband’s father and uncle to the Remembrance Day ceremony.

A strong supporter of Campaign 2020 and champion of the 1960 Year Group Bursary, David is passionate about giving back to BGS and providing the chance for others to gain the same opportunities his family benefitted from by attending the School.

Email photos of your year group to A&CR for display on this page.