Since 1869, the School has provided financial aid to students who could not otherwise attain a BGS education. This tradition continues today.

Needs-based bursaries help to foster the broad diversity within the student population that contribute to the School’s unique culture. With significant increases in the cost of a modern independent school education, the number of needs-based bursaries the School is able to fund has progressively declined.

The Bursary Fund was established in the early 1990s to raise funds for bursaries in perpetuity. With the principal invested and preserved, the income generated is used to expand fee-assisted access for students.

In 2016 new graduates established a Year Group Bursary tradition in lieu of the customary valedictory gift to the School. Each cohort since then has encouraged their year group to pay it forward – to pass on the privilege and opportunity they will benefit from to someone else. 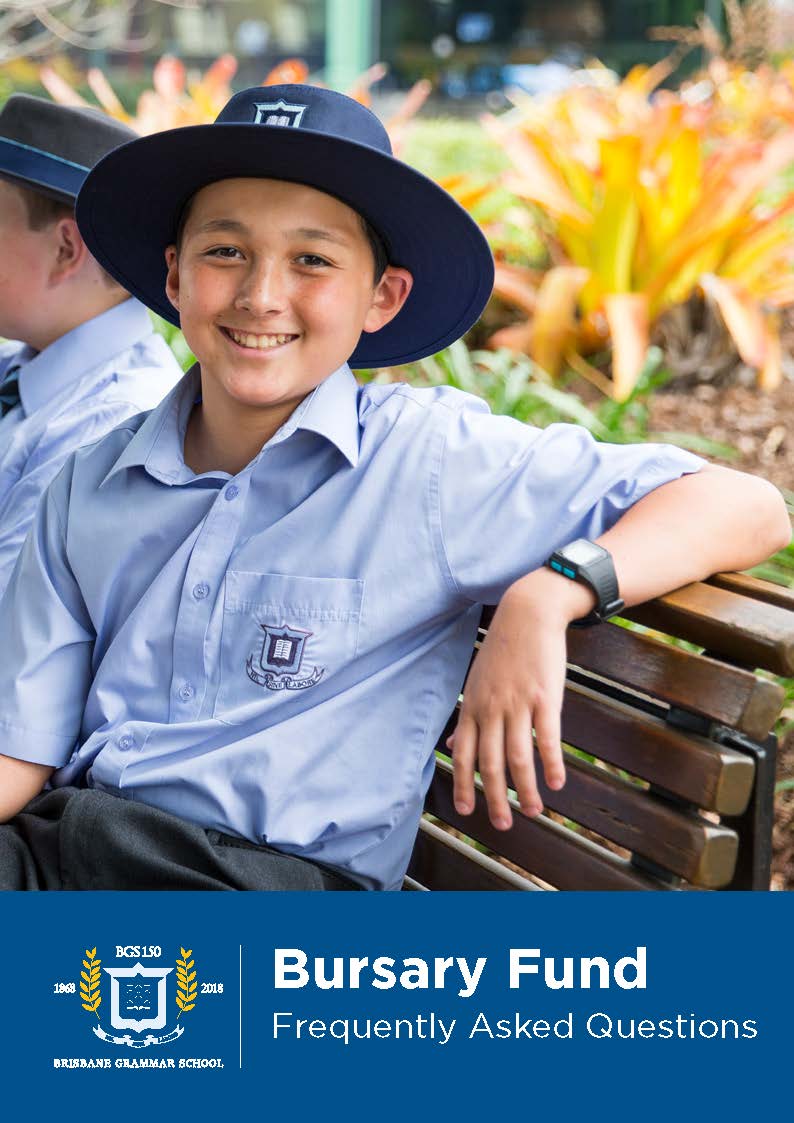 The School’s objective is to provide a sustainable income to expand fee-assisted access for students.

Our goal is to raise $20 million to enable boys in financial need to attend the School. We hope to establish a sustainable Bursary Fund, with the capacity to provide needs-based bursarial support for 10% of the student population.

By growing the Bursary Fund the School will progressively increase the proportion of fee-assisted places; ensure the School’s policy of diversity and open access continues; and remove the expense of needs-based bursaries from the School’s operating costs.

Brisbane Grammar School acknowledges our donors for their generous support. The entire community has supported this endeavour, with contributions from current and past parents and the Old Boy community.

We acknowledge with gratitude those donors who have supported the Bursary Fund since the beginning of 2017.

For more information about fundraising at the School, and how donations are used, please click on the adjacent 2020 Impact Report.

Your support makes a difference. Thank you. 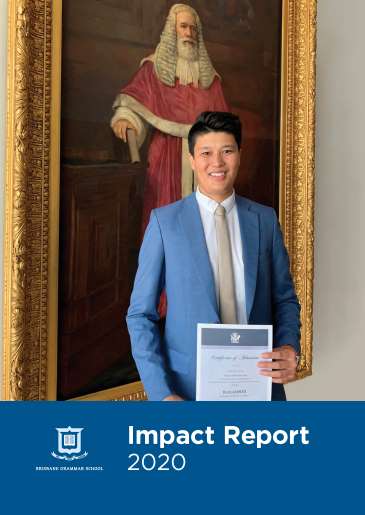 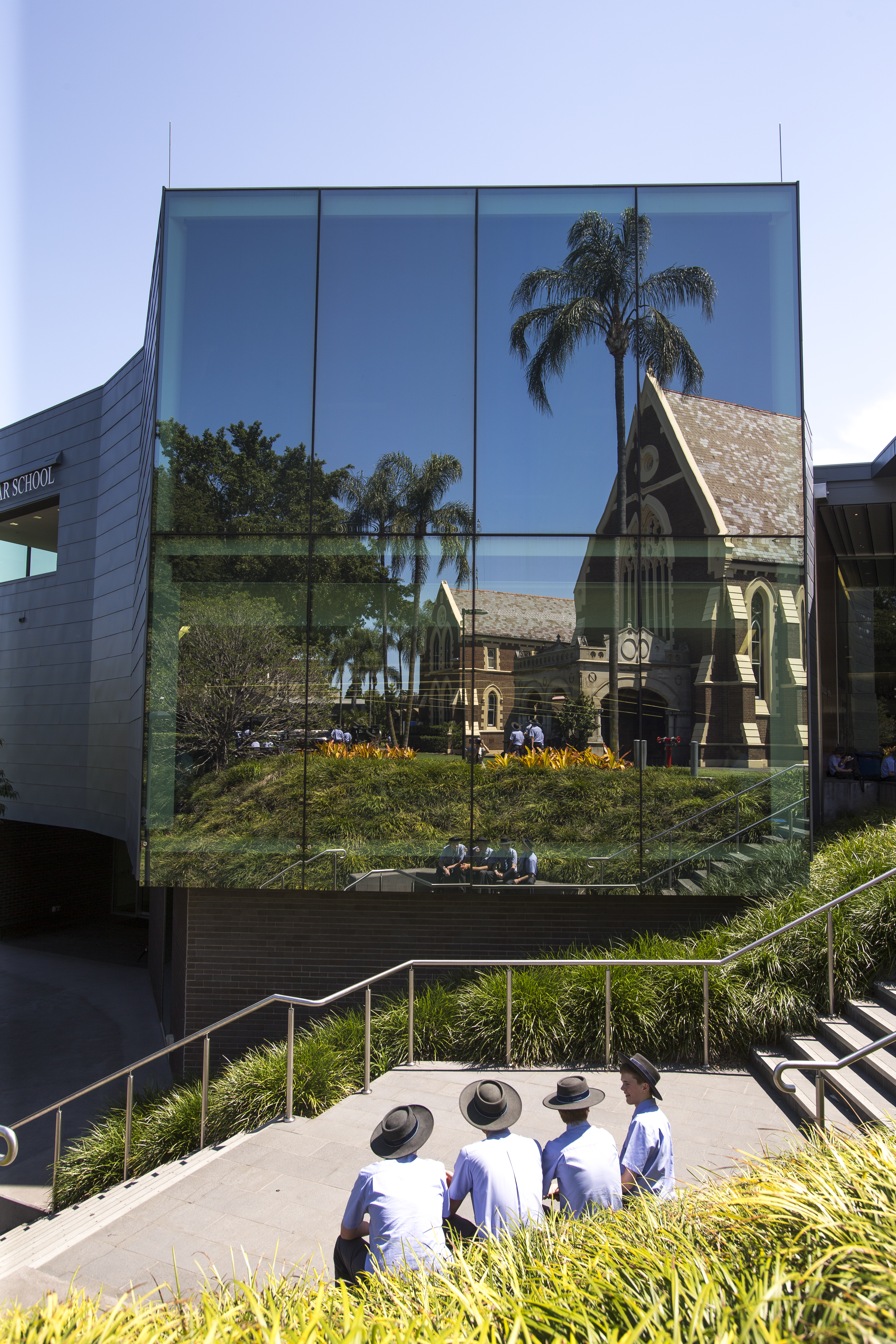 BGS has a long history of philanthropy, evident in our History of Giving.

In 2012, 65 BGS Old Boys banded together to support an earlier iteration of the Year Group Bursary initiative where donated funds were drawn upon rather than invested. The names of Old Boys who supported the 1943, 1966, 1979/80, 1982 and 1985 year group bursaries are noted on the relevant pages. Please click here to read an article published in 2016.

Since the beginning of 2017, the full amount of all bursary donations have been invested in the BGS Bursary Fund, which operates as an endowment fund.

Named bursaries have also been funded by generous bequestors and donors including Simon Fenwick ’87, the Heath-Huxley and Pullar families.

Gifts to the Bursary Fund leave a legacy for future generations – the gift of education.

If you have any questions or require further information please contact:

All donations are tax deductible with 100% of your donation going towards bursaries.